I have just finished transcribing a lovely interview on Ms Gillian Anderson.  Her professionalism is clearly evident in the easy relaxed manner in which she conducts the interview.  It’s like she is having a conversation over a cup of tea with an old friend on her very busy life working in film, TV and theatre while still being a Mum.  When asked if it was easy to get back into the role of ‘Scully’ for the newly released movie, the ‘X-Files’, she stated that it’s a very specific role and finds that hair, make-up and wardrobe help her re-identify with the character – don’t we all remember the very definite haircut and those blouses and suits.   The interview focuses mainly on the very popular British TV drama, ‘The Fall’ in which she plays Detective Superintendent Stella Gibson tracking a serial killer.  She describes this role as being one of her favourite personalities to play, saying “I am also confounded by her … she fascinates me in the way that she operates in the world.”   She attributes this to the brilliant writing of Allan Cubitt whose “words breathe life” and provides a script that makes her character so “incredibly compelling” to play.  There is talk of more seasons of ‘The Fall’, so more opportunities for us to enjoy Ms Anderson’s brilliant acting. 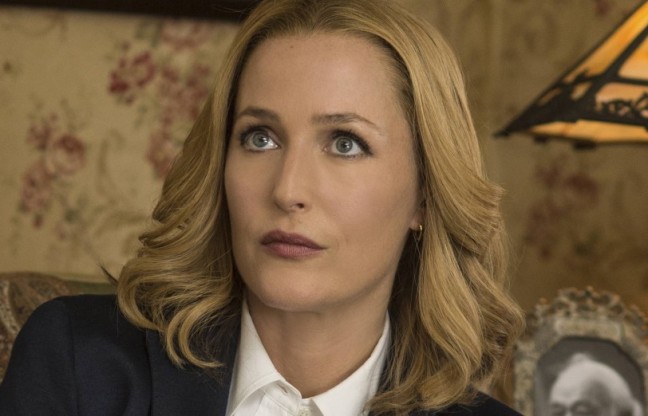 The interview will be published in the Sunday Times.